South Africa’s universities have produced 55 start-up companies, thanks to the Department of Science & Innovation’s sovereign innovation fund. But, how do we further foster students to become entrepreneurs and then turn them into unicorns* who would enrich our universities?

This question was posed by Dr Phil Mjwara (right), Director-General: Department of Science and Innovation at this week’s EDHE Lekgotla 2022, hosted by Nelson Mandela University in partnership with Universities South Africa and the Department of Higher Education and Training. The Lekgotla is hosted from the Boardwalk Hotel Convention Centre in Gqeberha, under the theme #movetomarket.

Together with thought-leaders, Ms Michelle Matthews, Product Director at Viridian and Ms Tandokazi Nquma-Moyo, Business Development Manager at the Technology Innovation Agency, and facilitated by Professor Ahmed Bawa, Universities South Africa’s CEO, the panel examined how coherent national approaches might be achieved to galvanise the available funding and give impetus to initiatives in support of entrepreneurship – considering the background of deep unemployment and inequality in this country.

Key suggestions included a clear and unified approach and a focus on student entrepreneurship and funding. Though leaders stated that emphasis in entrepreneurship should not be limited to professors, staff and researchers in higher educational institutions.

This question was posed by Dr Phil Mjwara (right), Director-General: Department of Science and Innovation at this week’s EDHE Lekgotla 2022, hosted by Nelson Mandela University in partnership with Universities South Africa and the Department of Higher Education and Training. The Lekgotla is hosted from the Boardwalk Hotel Convention Centre in Gqeberha, under the theme #movetomarket.

Together with thought-leaders, Ms Michelle Matthews, Product Director at Viridian and Ms Tandokazi Nquma-Moyo, Business Development Manager at the Technology Innovation Agency, and facilitated by Professor Ahmed Bawa, Universities South Africa’s CEO, the panel examined how coherent national approaches might be achieved to galvanise the available funding and give impetus to initiatives in support of entrepreneurship – considering the background of deep unemployment and inequality in this country.

Key suggestions included a clear and unified approach and a focus on student entrepreneurship and funding. Though leaders stated that emphasis in entrepreneurship should not be limited to professors, staff and researchers in higher educational institutions.

Dr Mjwara referred to the Intellectual Property Rights from Publicly Financed Research and Development Act (IRA Act) which was signed into law in 2008. The object of the IPR Act is “to make provision that intellectual property (IP) emanating from publicly financed research and development is identified, protected, utilised and commercialised for the benefit of the people of the Republic, whether it be for a social, economic, military or any other benefit.

“It’s always useful to remember where we started with this journey of trying to make money from knowledge. Initially, universities hated the department (of Science and Innovation) for introducing it,” he told participants.

He listed the three entities set up to drive the monetisation of IP:

“These were the institutional architecture and the policy instruments that we put in place to drive this game of monetising knowledge. But, is it working?” he asked.

“Although there have been challenges, we believe that the following statistics provide great insight. The first is that we’ve spent about R50 billion on Research & Development, and R4 billion on clinical trials. We’ve put about R265 to 300 million into the operations of the tech transfer offices and then R2.74 million on IP enforcement. Another R250 million went to the institutions. The output of this is that we have roughly 55 start-up companies. That’s good news but the worrying thing for us is that these start-up companies are coming out of only four universities. Two hundred and thirty-five IP transactions have generated more than R185 million of IP transaction revenue.

“In order to leverage more money, the department has partnered with other institutions including the Industrial Development Corporation, the SA SME Fund and TIA. The first R150 million yielded R878 million of leverage. With the second tranche of R319 million, we’ve been able to leverage about a billion rands with these partners,” he said.

Dr Mjwara revealed that the department is currently in discussions with the National Treasury:  “They are aware what the initial innovation fund has achieved (we still have to quantify the amount of employment created and the tax that has been paid by these companies) but they are looking to make R500 million available every year towards an on-going innovation fund. What has to be decided is exactly how we will split that money towards increasing the technology development fund as well as the early entry of these SMEs or entrepreneurs into the marketplace. We need to be in all the spaces.”

He also spoke of a recent visit to Stanford University in the US: “I have been lobbied here in South Africa as to why we are not giving money to students who want to be entrepreneurs. A lesson I learnt at Stanford was when seeing the PhD students whose businesses had the potential to grow exponentially and reach unicorn status*. We need to see if we can earmark funds for our own students to become entrepreneurs and then make unicorns that would, of course, make their universities fairly rich. We incentivise publications handsomely; can we incentivise patents as much?” he asked. 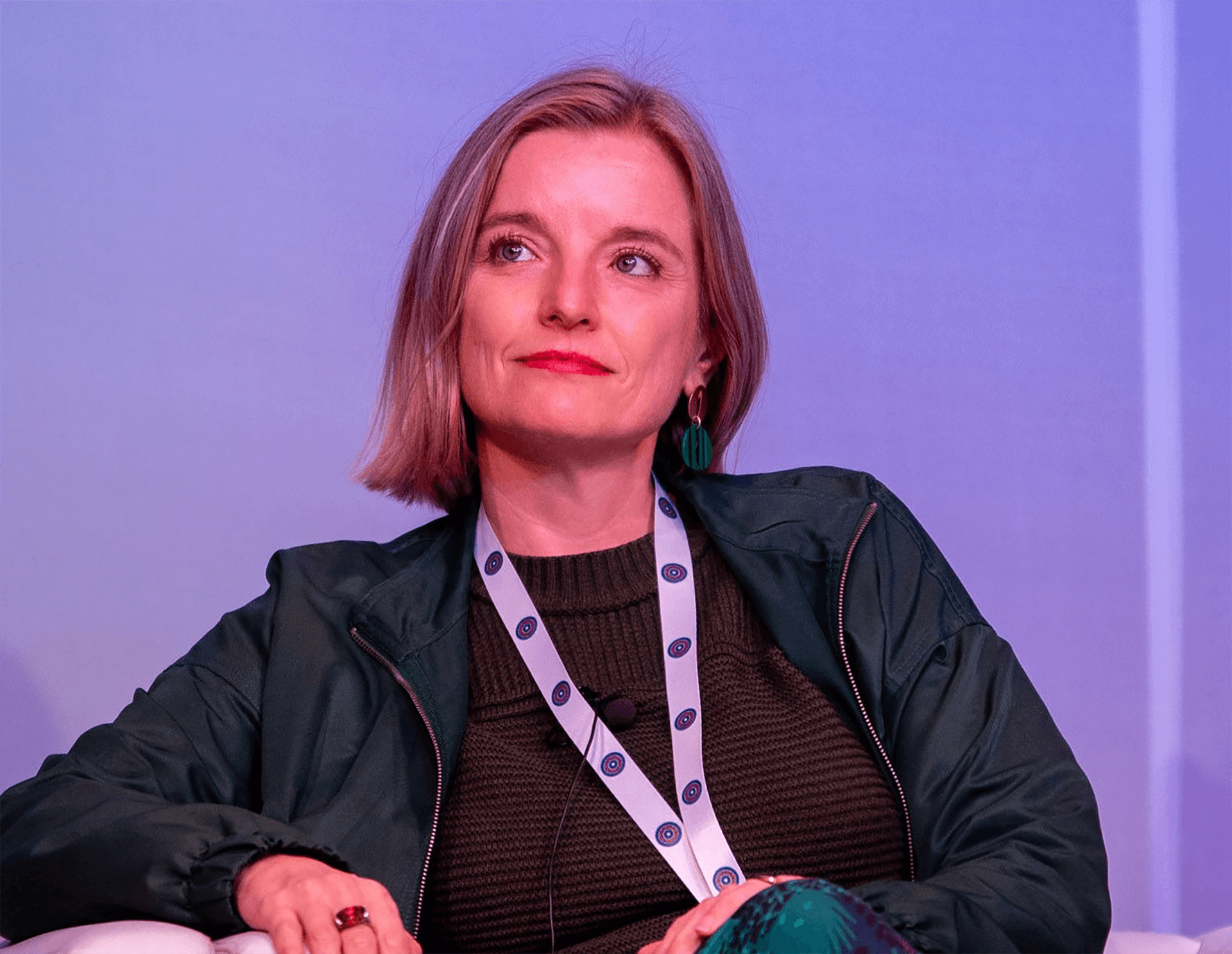 Ms Michelle Matthews (above) is the director of products for Viridian, a company that designs and delivers early-stage entrepreneur and investor programmes, research and strategy. The company works with development agencies, government departments and corporates to realise their entrepreneurial support and impact strategies. It acts as a catalyst for early-stage entrepreneurs and investors, growing ecosystems for shared prosperity across Africa.

She gave the background to the African Angel Academy (AAA) which was established in early 2020 as a pilot project developed by Viridian and Viktoria Ventures, with the endorsement of the African Business Angel Network (ABAN) and with seed funding from the Southern African Innovation Support (SAIS) Programme.

“By the end of the year, we will have trained nearly 400 Angel investors across Africa in Kenya, Ghana and Uganda. It is a community of early-stage high-risk investors. It’s a very interpersonal relationship; they give money but they also give mentorship and connect businesses into their networks,” she told the EDHE Lekgotla delegates.

“We also work in the finance investment-ready entrepreneur space, so we only work directly with entrepreneurs that are getting ready to receive their first cheque. Lastly, we support innovation hubs such as Launch League which helps other hubs develop thriving local entrepreneurship ecosystems.

What skills are universities imparting to students?

She believes we need to examine what universities teach students and to focus on them as well as the staff.

“A lot of discussion focuses on commercialisation from staff research. What about the people studying at these institutions? I’m doing my Master’s and the problem is that we don’t trust the university to commercialise our IP or to be useful to us in commercialising (our ideas). If you want to be more attractive to entrepreneurial students, not only do you have to give them a proper learning experience, you also have to give them an experience of the real world and create opportunities for them. Are universities actively attracting entrepreneurial people? Are they developing their student body? It’s not only about the tech but about the execution.”

She believes in inter-institutional collaboration: “Don’t fight over the pie; make the pie bigger. We are such a nascent economy when it comes to entrepreneurship. There is nothing to fight over yet. I will be very happy when we can actually productively fight over things with each other but there is absolutely no point in doing that right now. So collaborate and share and let all boats rise with the tide.”

Technology is a base for sustainability 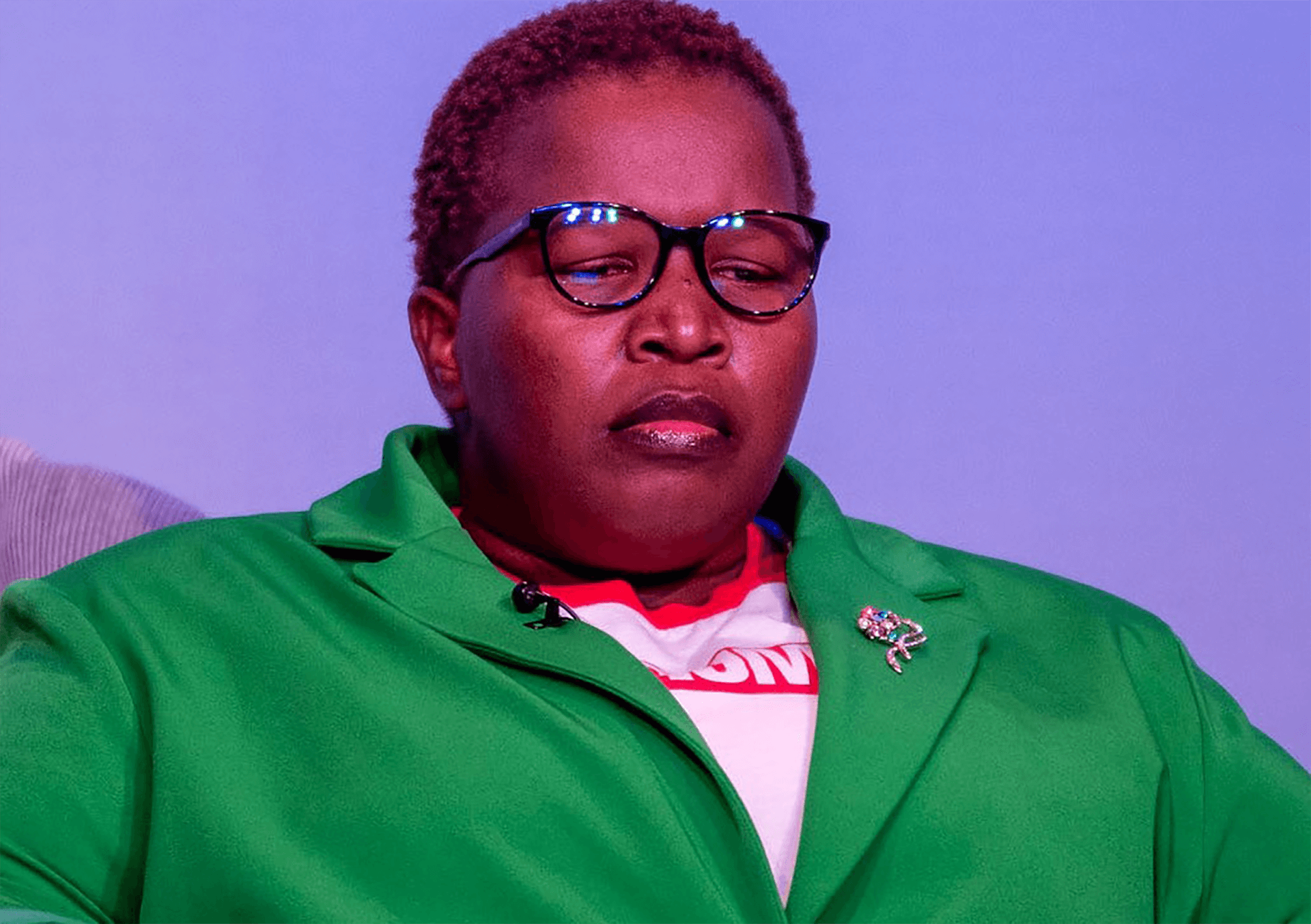 Ms Tandokazi Nquma-Moyo (above) is the business development manager at TIA which came into existence through the promulgation of the Technology Innovation Agency Act No. 26 of 2008.

She emphasised that technology is a base of sustainability from both a business perspective and economic growth perspective. Two funds that have been launched since the start of the agency have proven to be game changers, she said.

The Seed Fund assists innovators at Higher Education Institutions (HEIs), Science Councils (SCs) and Small and Medium-sized Enterprises (SMEs) to advance their research outputs into prototypes and fundable ideas for commercialisation. It also enables innovators to de-risk research outputs for follow-on funding from TIA and/or other funders.

The Industry Matching Fund Programme (IMFP) allows for a blended finance/funding model between funders and the commercial industry. It also serves as a risk-sharing investment.

We need to pull together

The last word from Professor Bawa (left), CEO of Universities South Africa (USAf): “There are a lot of government and private sector initiatives around entrepreneurship but how do we make sure they are galvanised correctly? We need to build a coherent approach towards entrepreneurship. One of the key challenges we face is that we always have the best intentions and money is available but we are fragmented; there is no continuity of policy and we don’t pull in the same direction.

“Entrepreneurs don’t just emerge magically. There needs to be an ecosystem that nurtures them. It’s next to impossible for an institution to generate young entrepreneurs if the institution itself doesn’t demonstrate an entrepreneurial strength.

“Universities may have very different strategic plans but we expect universities to be entrepreneurial in spirit. They need to be able to explore other forms of income which contribute to their own functioning but which also demonstrate to the students that the institution is open to building entrepreneurship. It is important to look at the value chain. For example, one South African university is only 15 percent subsidy dependent. There are clear indications of massive shifts taking place in this terrain.”

*unicorns/unicorn status (the term coined to describe an unlisted start-up with a $1-billion valuation).

The value of incubation services in promoting entrepreneurship

The only business start-up hub dedicated to platinum group metals

The EDHE Lekgotla 2022 enabled a peek into “disconnected grassroots entrepreneurs”